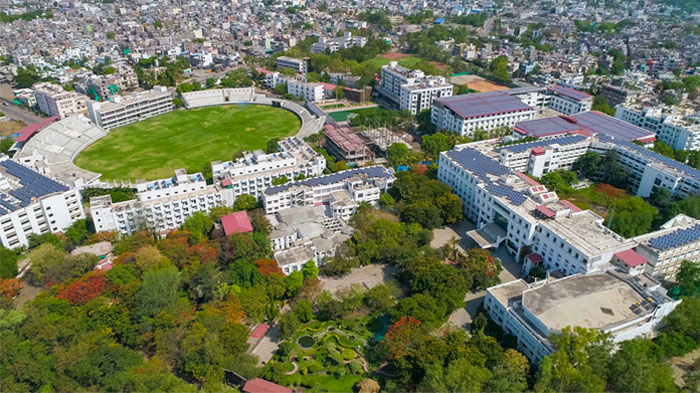 MGM University is the fifth university of the Marathwada region established under the aegis of Mahatma Gandhi Mission and is the only self financed private university of Marathwada. It has been launched in Aurangabad as a tribute to our venture of adhering Gandhian ideology and mark the 150th birth anniversary of Mahatma Gandhi. MGM University has adopted UGC’s choice based credit system and outcome based curriculum frame work in the fields of Engineering, Commerce, Management, Fashion Design, Hotel Management, Journalism & Mass Communication, Photography, Film Arts, Fine Arts, Performing Arts, Information Technology, Computer Science, Biosciences and Biotechnology. MGM University Aurangabad was approved by Government of Maharashtra and passing of MGM University Act 2019 by Maharashtra Legislative Assembly and Legislative Council published in the Government Gazette on 22nd July 2019 and determined as an act on 20th August 2019. MGM University was officially launched on 9th September 2019 and the same was published in the State Government Gazette. The University propagates Gandhian thoughts and nurtures the students to adhere to the Gandhian philosophy inculcated in the LOCF pattern.